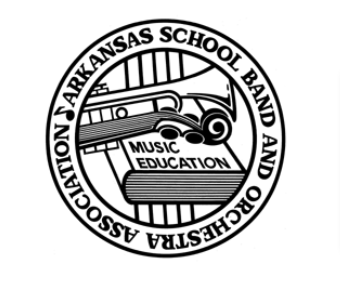 Joe T. Robinson High School Band received I, I, I - All Superior rating

Maumelle High School Band received I, I, I - All Superior ratings

“The Sylvan Hills Band "Pride of the Hillside" has worked hard this year to produce a show that is both entertaining and rigorous enough for competitions within our state,” said Sylvan Hills High Band Director Mark Bailey. “Receiving a first division at region just confirms that the students are hitting the benchmarks provided on our assessment rubric. I have been proud of how the students have not only achieved in key areas, but how they have risen to the challenge of new skills and repertoire presented to them this year.”

“For the first time in recorded school history, the Robinson Senator Sound received all Division 1 ratings for “superior” performance,” said Joe T. Robinson High Band Director Ben Light. “Their success is representative of the culture of excellence throughout the Robinson community. This is my seventh year to lead the Senator Sound; my first group of beginning band sixth graders are now seniors. Watching and helping these kids grow up has given my life such purpose and value. Their success was hard won. They are intelligent, inclusive, creative, and persistent; they are showing Arkansas what it means to be a Robinson Senator.”

“I am so proud of the improvement our band at Mills has shown this year,” said Mills University Studies High Band Director Daniel Cooper. “We received all Excellent and Superior Ratings this year at region assessment, which qualified us for State Marching Contest. Our band continues to see growth in the number of students and the quality of work these kids are putting out. Now that marching season is over we are hard at work preparing for All-Region tryouts in December and January."

“The Band Directors at Maumelle High School are very proud of our students and how much they have grown musically this fall, especially with the new leadership,” said Maumelle High Band Director Joshua Jackson. “The Marching Assessment Ratings we earned are nice, but they only represent a small portion of the journey the students have taken to buy into the idea of our marching show production and the retaining the previously learned material, while continuing to find ways to improve everyday. We have spent the past two weeks preparing to put on our best show to date for the ASBOA State Marching Contest!”

Marching bands are judged by 3 judges with expertise in marching band performance and score on the following scale:

Maumelle and Sylvan Hills have opted to compete at the state competition on Monday, October 31. Congratulations to ALL of our Marching Bands on their fine performances in the Region I Marching Assessment!