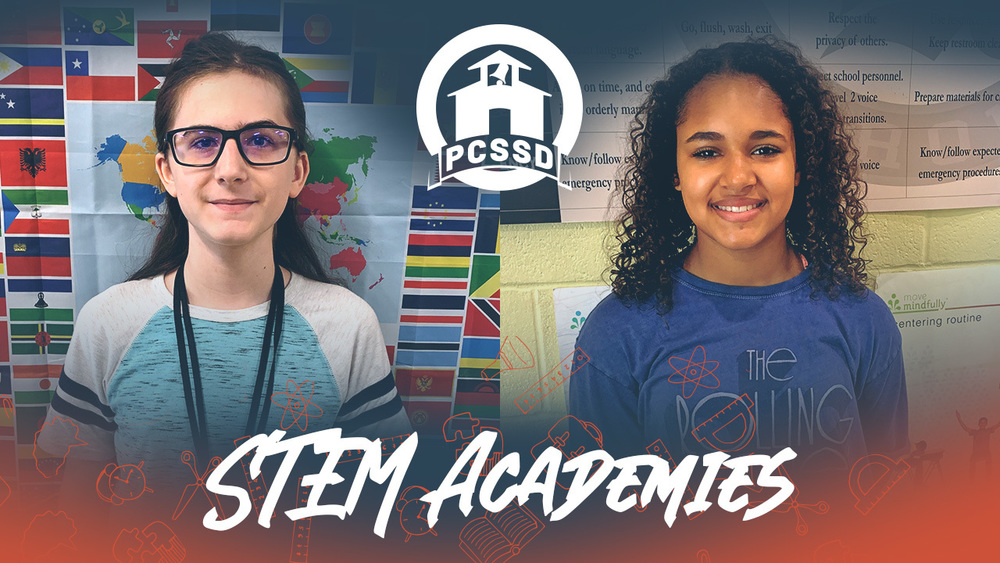 Charlie Johnson and Adam York were both accepted into the nationwide program. Charlie attended a camp in California, while Adam traveled to Texas for his camp.

“Everyone I met was nice and the chaperones the camp sent were really good at helping us around the airport,” said Charlie. “As part of the program, I studied Forensics. I learned how to take fingerprints and how to analyze blood splatters. I also learned how to put on a splint and stop bleeding.”

“On the first day, we got separated into large groups and each group focused on one topic,” said Adam. “My group was robotics, but over the next couple of days, my group was taught by other teachers about engineering, medical, health, and crime-solving. On the second or third day, we attended a presentation and got to meet an astronaut named Leroy Chow. On the last day, we went into one of the huge gymnasiums and presented everything that each group had done.”

Karen Preachers, a sixth and seventh grade science teacher at Robinson Middle School, nominates sixth grade students every year for the STEM Academies. Preachers selects up to eight students to nominate for the program based on their expressed interest in science during the school year.

“This was an amazing opportunity for these students,” said Preachers. “I had talked with some of my students prior to the nomination process to find out what the students want to be when they get out of college. I selected students who want to major in STEM in college.”

Charlie and Adam are looking forward to bringing what they learned back to Robinson Middle School. As a District, PCSSD is looking forward to seeing even more growth in the areas of STEM as Dr. Justin Luttrell moves into the second year in his position of Director of STEM. In his first year, Dr. Luttrell implemented monthly STEM is LIT challenges across the District for students to encourage fun and educational activities for students of all ages.