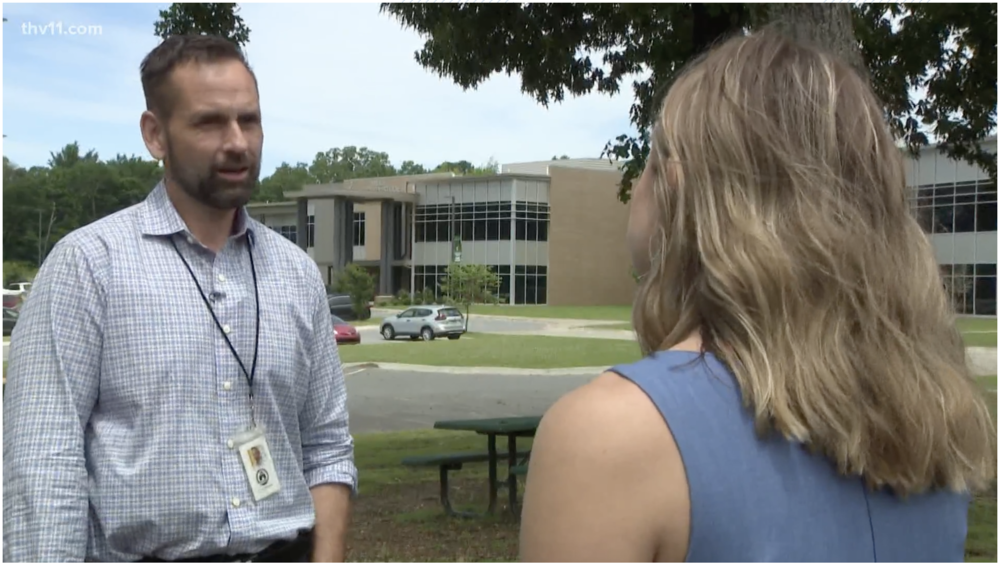 LITTLE ROCK, Ark. — Even though it was hundreds of miles away, the Texas tragedy is impacting everyone, from school administrators, to teachers, to students.

Several Arkansas School Districts announced they were increasing security for the remainder of the school year.

THV11 took the questions that parents really need to know to two of the biggest districts in central Arkansas to ensure parents that schools are doing everything they can to keep people safe.

"It's an unimaginable horror. It's something that we think about, we have some fear around, but every time it happens, it shakes us," Dr. Charles McNulty, Pulaski County Special School District (PCSSD) Superintendent, said.

It was that feeling that made PCSSD act immediately on Tuesday afternoon.

They added extra security to protect their students and staff in a time where the impact of a tragedy can be felt far and wide.

"We're all trying to find ourselves in this day and age, trying to understand why these things are occurring, but we know that we have to educate ourselves. We have to be prepared," he said.

According to PCSSD's Security Facilitator, William El-Amin, that preparedness for the district includes locked doors at all times, surveillance systems around the campuses, and situational awareness training for school resource officers.

El-Amin takes lead on a lot of the active shooter drills that happen throughout the year.

It's a training that he said there's never enough of, but they're continuing to increase it.

"We all understand that in today's society, this is a must. 30 years ago we didn't have to worry about a lot of school shootings, but today it's part of our norm and so as a district we have to be prepared," El-Amin said.

It's a scary reality that many like Little Rock School District's Superintendent (LRSD) Michael Poore have to face.

Poore said LRSD uses similar protocols as PCSSD and will bring in extra security on a moment's notice.

"If we hear a threat, we bring people towards that campus, either police officers or our own security," he said.

While the safety of their students and staff is on these leader's minds daily, this conversation is far from over.

"This isn't an a topic that will just go away, especially where you had these back to back events," Poore said.

THV11 also reached out to the Arkansas Department of Education to see if there were safety protocols every district has to follow.

Secretary Johnny Key said they work with the Criminal Justice Institute of the University of Arkansas System to develop and communicate best practices for schools to follow.

He added that each district is required to have an emergency operations plan and share it with local law enforcement and emergency responders.