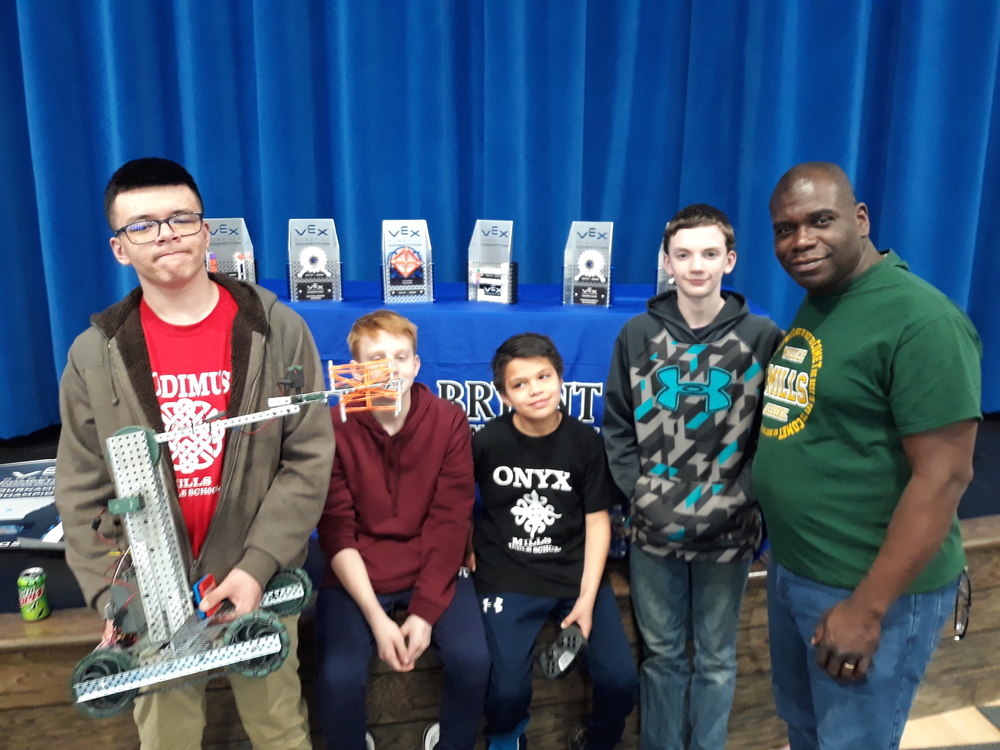 Mills Middle fought hard in the competitions. The students had to repair the robot and re engineer various parts throughout the day due to the fierce battles. It was an awesome day and we finished ranked #12 out of 30 teams. I'm extremely proud of our robotics students

The weekend of February 8, one of the Joe T. Robinson teams traveled to El Dorado, where they were crowned Oil Town Showdown Tournament Champions along with Camden Middle School.